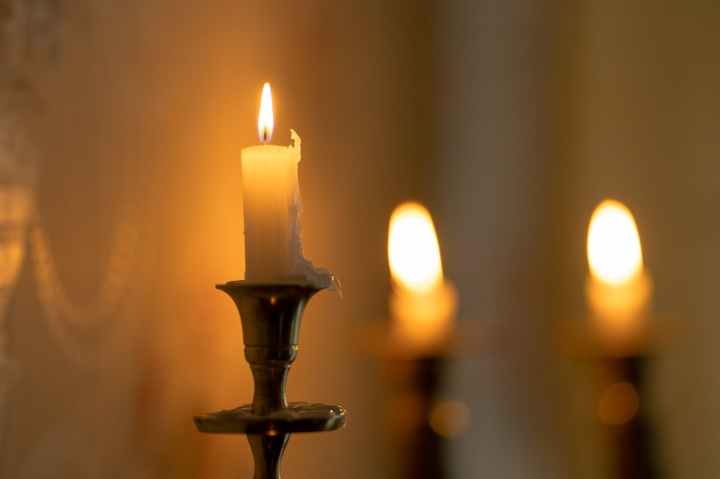 The Coffee — The coffee today was my favorite of the week so far. The roast, El Salvador Santa Rosa Honey, was honey processed and dried on a raised bed. My curiosity is always peaked by this processing method as I have had some truly great roasts with this method. This roast did not disappoint. It had the appropriate sweetness with notes of sugar and dark chocolate and I enjoyed the fruit notes. I would love to revisit this roast in the future.

The Theology — Today’s Advent readings from the Book of Common Prayer:

The Lord has sent a word against Jacob, and it will fall on Israel; and all the people will know, Ephraim and the inhabitants of Samaria, who say in pride and in arrogance of heart: But the Lord raises the adversaries of Rezin against him, and stirs up his enemies. The Syrians on the east and the Philistines on the west devour Israel with open mouth. For all this his anger has not turned away, and his hand is stretched out still. The people did not turn to him who struck them, nor inquire of the Lord of hosts. So the Lord cut off from Israel head and tail, palm branch and reed in one day— the elder and honored man is the head, and the prophet who teaches lies is the tail; for those who guide this people have been leading them astray, and those who are guided by them are swallowed up. Therefore the Lord does not rejoice over their young men, and has no compassion on their fatherless and widows; for everyone is godless and an evildoer, and every mouth speaks folly. For all this his anger has not turned away, and his hand is stretched out still. For wickedness burns like a fire; it consumes briers and thorns; it kindles the thickets of the forest, and they roll upward in a column of smoke. Through the wrath of the Lord of hosts the land is scorched, and the people are like fuel for the fire; no one spares another. They slice meat on the right, but are still hungry, and they devour on the left, but are not satisfied; each devours the flesh of his own arm, Manasseh devours Ephraim, and Ephraim devours Manasseh; together they are against Judah. For all this his anger has not turned away, and his hand is stretched out still. Woe to those who decree iniquitous decrees, and the writers who keep writing oppression, to turn aside the needy from justice and to rob the poor of my people of their right, that widows may be their spoil, and that they may make the fatherless their prey! What will you do on the day of punishment, in the ruin that will come from afar? To whom will you flee for help, and where will you leave your wealth? Nothing remains but to crouch among the prisoners or fall among the slain. For all this his anger has not turned away, and his hand is stretched out still. Woe to Assyria, the rod of my anger; the staff in their hands is my fury! Against a godless nation I send him, and against the people of my wrath I command him, to take spoil and seize plunder, and to tread them down like the mire of the streets. But he does not so intend, and his heart does not so think; but it is in his heart to destroy, and to cut off nations not a few; for he says: “Are not my commanders all kings? Is not Calno like Carchemish? Is not Hamath like Arpad? Is not Samaria like Damascus? As my hand has reached to the kingdoms of the idols, whose carved images were greater than those of Jerusalem and Samaria, shall I not do to Jerusalem and her idols as I have done to Samaria and her images?” When the Lord has finished all his work on Mount Zion and on Jerusalem, he will punish the speech of the arrogant heart of the king of Assyria and the boastful look in his eyes. For he says: “By the strength of my hand I have done it, and by my wisdom, for I have understanding; I remove the boundaries of peoples, and plunder their treasures; like a bull I bring down those who sit on thrones. My hand has found like a nest the wealth of the peoples; and as one gathers eggs that have been forsaken, so I have gathered all the earth; and there was none that moved a wing or opened the mouth or chirped.” Shall the axe boast over him who hews with it, or the saw magnify itself against him who wields it? As if a rod should wield him who lifts it, or as if a staff should lift him who is not wood! Therefore the Lord God of hosts will send wasting sickness among his stout warriors, and under his glory a burning will be kindled, like the burning of fire. The light of Israel will become a fire, and his Holy One a flame, and it will burn and devour his thorns and briers in one day. The glory of his forest and of his fruitful land the Lord will destroy, both soul and body, and it will be as when a sick man wastes away. The remnant of the trees of his forest will be so few that a child can write them down. In that day the remnant of Israel and the survivors of the house of Jacob will no more lean on him who struck them, but will lean on the Lord, the Holy One of Israel, in truth. A remnant will return, the remnant of Jacob, to the mighty God. For though your people Israel be as the sand of the sea, only a remnant of them will return. Destruction is decreed, overflowing with righteousness. For the Lord God of hosts will make a full end, as decreed, in the midst of all the earth.
Isaiah 9:8-9,11-10:23 – ESV

One Sabbath he was going through the grainfields, and as they made their way, his disciples began to pluck heads of grain. And the Pharisees were saying to him, “Look, why are they doing what is not lawful on the Sabbath?” And he said to them, “Have you never read what David did, when he was in need and was hungry, he and those who were with him: 26 how he entered the house of God, in the time of Abiathar the high priest, and ate the bread of the Presence, which it is not lawful for any but the priests to eat, and also gave it to those who were with him?” And he said to them, “The Sabbath was made for man, not man for the Sabbath. 28 So the Son of Man is lord even of the Sabbath.” Again he entered the synagogue, and a man was there with a withered hand. And they watched Jesus, to see whether he would heal him on the Sabbath, so that they might accuse him. And he said to the man with the withered hand, “Come here.” And he said to them, “Is it lawful on the Sabbath to do good or to do harm, to save life or to kill?” But they were silent. And he looked around at them with anger, grieved at their hardness of heart, and said to the man, “Stretch out your hand.” He stretched it out, and his hand was restored. The Pharisees went out and immediately held counsel with the Herodians against him, how to destroy him. Jesus withdrew with his disciples to the sea, and a great crowd followed, from Galilee and Judea and Jerusalem and Idumea and from beyond the Jordan and from around Tyre and Sidon. When the great crowd heard all that he was doing, they came to him. And he told his disciples to have a boat ready for him because of the crowd, lest they crush him, for he had healed many, so that all who had diseases pressed around him to touch him. And whenever the unclean spirits saw him, they fell down before him and cried out, “You are the Son of God.” And he strictly ordered them not to make him known.
Mark 2:23-3:12 ESV

Not many of you should become teachers, my brothers, for you know that we who teach will be judged with greater strictness. For we all stumble in many ways. And if anyone does not stumble in what he says, he is a perfect man, able also to bridle his whole body. If we put bits into the mouths of horses so that they obey us, we guide their whole bodies as well. Look at the ships also: though they are so large and are driven by strong winds, they are guided by a very small rudder wherever the will of the pilot directs. So also the tongue is a small member, yet it boasts of great things. How great a forest is set ablaze by such a small fire! And the tongue is a fire, a world of unrighteousness. The tongue is set among our members, staining the whole body, setting on fire the entire course of life, and set on fire by hell. For every kind of beast and bird, of reptile and sea creature, can be tamed and has been tamed by mankind, but no human being can tame the tongue. It is a restless evil, full of deadly poison. With it we bless our Lord and Father, and with it we curse people who are made in the likeness of God. From the same mouth come blessing and cursing. My brothers, these things ought not to be so. Does a spring pour forth from the same opening both fresh and salt water? Can a fig tree, my brothers, bear olives, or a grapevine produce figs? Neither can a salt pond yield fresh water. Who is wise and understanding among you? By his good conduct let him show his works in the meekness of wisdom. But if you have bitter jealousy and selfish ambition in your hearts, do not boast and be false to the truth. This is not the wisdom that comes down from above, but is earthly, unspiritual, demonic. For where jealousy and selfish ambition exist, there will be disorder and every vile practice. But the wisdom from above is first pure, then peaceable, gentle, open to reason, full of mercy and good fruits, impartial and sincere. And a harvest of righteousness is sown in peace by those who make peace.
James 3:1-18 ESV